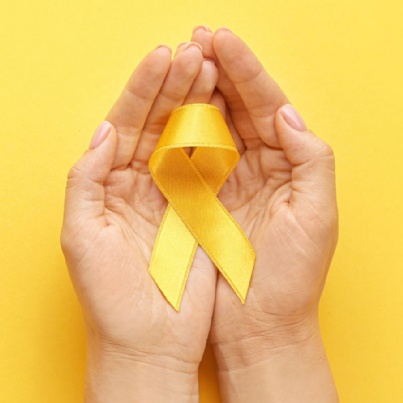 Endometriosis is a distressing condition that affects 10% of women worldwide; an estimated 176 million people suffer from the condition globally.

What is it?
It is often debilitating due to the extreme pain it causes sufferers and can, devastatingly, cause infertility. For people with endometriosis, tissue that is similar to the lining of the uterus grows in other areas of the reproductive system, including the fallopian tubes and ovaries. Symptoms include stomach pain, extreme period pain and heavy periods, and it can often lead to feelings of depression. In severe cases, endometriosis can lead to an increased risk of certain cancers, cardiovascular diseases and organ failure.

Issues that Women Face
Despite being such a serious, life-altering condition, women across the globe still struggle to receive the correct diagnosis and treatment for endometriosis. Appallingly, diagnosis takes an average of seven and a half years, leaving those with the condition to suffer through extreme torment, both physically, through their symptoms, and psychologically, due to the way they are treated by clinicians who can fail to take patients seriously.

Many women with the condition suffer in silence. Symptoms are often dismissed as ‘just a bad period’, making women feel ashamed about coming forward to receive a diagnosis due to the stigma caused by downplaying the severity of the condition. Also, the process of being diagnosed involves undergoing medical procedures, including a minor operation, which can be another source of anxiety for sufferers.

EndoMarch
So why are we talking about this now? Well, March has been recognised globally as endometriosis awareness month – led by the organisation, EndoMarch. The month acts as an opportunity to educate people about the condition, how it affects its sufferers and, crucially, the symptoms to be aware of. It also provides a platform to people who have been treated poorly by healthcare providers to speak out about their experiences of being ignored or undermined, with the hope of changing the mainstream attitudes towards women’s health issues and ensuring that future women don’t have to undergo the same experience.

Learning More
The Endometriosis UK website is a focal point for learning about endometriosis and hearing the voices of those who suffer from the condition. They also provide information about where to find support, both within the local community and online, and details of helplines that can provide guidance to people with concerns regarding endometriosis. Most importantly, the organisation (and many others like it) bring attention to a taboo topic and show people across the globe that women’s health is important and nothing to be ashamed of.