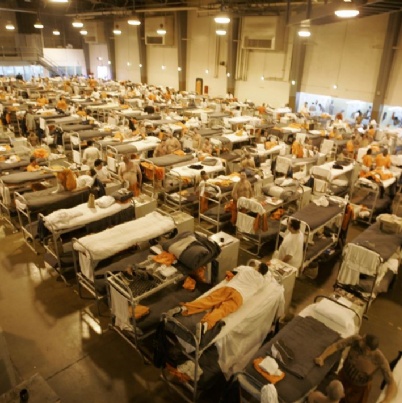 Prison overcrowding seems to have become a serious problem which the UK, and many other countries, are now facing. For around 10 years this has been a prominent issue and problems continue to rise as crime rates increase. So, what are the underlying reasons for this growing concern, and how can we combat the problem of overcrowding in prisons?

Surprising statistics from the Ministry of Justice, Scottish Government, and the Northern Ireland Department of Justice, only further indicate the massive challenge that the UK is facing. Figures show that between 1990 and 2016, England and Wales faced around a 90% increase in prison population. In Scotland this figure is approximately 62% and in Northern Ireland between 2000 and 2015 there was about a 49% increase. Such a rapid increase suggests that action needs to be taken- but what is that action?

Well, there have been many theories of how this problem can be solved. However, many of these supposed solutions will likely have little success when applied to a real situation, and may cause even more damage to the existing system.  Some ideas would also have a large impact on the way that the UK is run, changing punishments and in some cases, changing the law.

For example, some of the more drastic ideas include reinstating capital punishment- a set of severe penalties which, in the UK, have not been used since 1965. Capital punishment essentially involves killing someone who has committed a serious crime, in most cases that crime is murder. However, most countries have abolished the death penalty and there are ethical complications if we did decide to use it.

There are also suggestions that prison sentences should perhaps be shorter. For some crimes this could be a good alternative and could reduce prison population much faster than other methods, but there are many problems with this theory. Issues arise when we ask questions about which sentences should be shortened. And, what the danger could be if someone who has committed a crime reoffends because of their more flexible sentence.

Another example of a possible change is to utilise other methods of punishment which do not occupy prison space, such as community service. The prospect of using these methods seems reasonable. However, there are many concerns about a punishment which is less harsh being overly generous considering the person being punished would be a criminal. Furthermore, there is potential danger that not giving someone such a strict penalty will result in them not recognising the vital message that prison is supposed to convey about not being involved in criminal activity.

Finally, perhaps the most obvious idea is to create more prisons- if there was more space, less people would populate each existing prison. Although on the surface this seems like a good solution, there are many things that need to be taken into account when building or extending prisons. It would take a long time just to consider the legal requirements for creating the prison and then the construction of a large intricately designed building must take place. This process would undoubtedly take years, and that is not enough time for the abundance of prisoners who we currently need space for. As well as this, there are issues regarding staff and where the prison would be situated, with land becoming increasingly harder to find, is there really many places we can possibly build a prison?

So, what is the real solution to this growing problem? Do we have to resort to changing the entire system or can we find another way to reduce prison overcrowding?