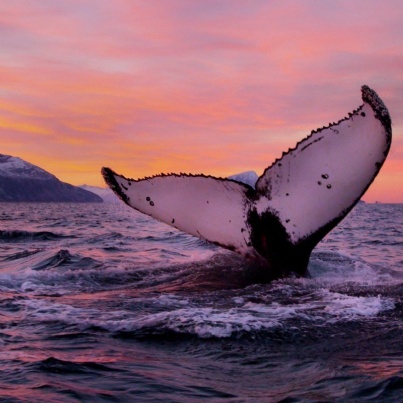 Earth’s benevolent giants are facing a perilous situation. Over the Christmas period, Japan decided that whaling should be legal within the boundaries of their sea.  This is a calamity.  Whale numbers are at risk of decreasing rapidly and they may become extinct.  Surely we can’t afford to lose these majestic ocean creatures?

Japan has introduced this law claiming that whaling is necessary for scientific study and controlling whale numbers. They say that the research program wishes to establish the size and dynamics of whale populations and resume whaling in a sustainable manner under the influence of the IWC for whale products.  They also wish to help preserve fishing resources by culling whales. However, it is known that the Antarctic Minke Whale population has declined since the beginning of the program and that the whales targeted have experienced severe discomfort. Japan has backed up Norway’s whaling argument by claiming that it is part of their culture. Whaling has been a tradition in Japan since the twelfth century.  The whale meat (used by local businessmen) is sold in shops and restaurants and is showcased at annual food festivals. A survey carried out in 2014 shows that a minority of Japanese people purchase whale meat nowadays and tourists are often reluctant to try it.  If Japan has introduced this law, will other countries follow in their footsteps and cause whales to be under threat?

Furthermore, the Japanese hunt 935 Minke, 50 Fin and 50 Humpback whales per season. When a whale is spotted, Japan’s pelagic whaling fleet will launch harpoon cannon with a grenade attached to the tip.  A rope trails from the harpoon, in order to prevent the whale from getting lost. Then, if death isn’t instant, they release a second harpoon. The whale is hoisted onto the factory ship and then it is returned to land to be sold on the market. Surely this isn’t humane? A law was introduced by ‘Convention on International Trade in Endangered Species’ stating that it is illegal to trade whale meat internationally.  However, Norway, Japan and Iceland remain exempt from this law and regularly trade whale meat.  This includes endangered species such as the Fin Whale.

Japanese whaling is carried out in pelagic (open ocean areas) in the North Pacific Ocean and the Southern Ocean near Antarctica.  Coastal waters are used for the hunting of smaller creatures, including dolphins.  In addition, small whales are caught in Japanese fishing nets in these areas as well.

Anti-whaling groups strongly disagree with Japan’s laws; for instance, Greenpeace argue that whales are endangered and must be protected. The Japanese government stated that they support the protection of endangered species and whaling is an essential way to gain information about populations.  In 1985, the IWC estimated that the Minke population was approximately 761,000 in the Southern Hemisphere.  However, it has now reduced to 665,074 according to the Southern Ocean Whale and Ecosystem Research programme.  How long will it take for other countries to alter their laws of culling ocean creatures for their own economic development? We need to cease this now before whales become extinct.