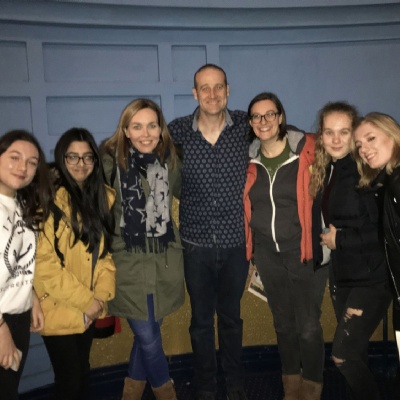 On Tuesday 23rd January 2018, Year 12 and 13 A-level maths students descended on the New Alexandra Theatre, for the thrill of Maths Fest 2018 - a day-long mathematical extravaganza.
In a show presented by stand-up mathematician Matt Parker, the stage was graced with a multitude   of  enthusiastic speakers, opening up about different, interesting, vital and often beautiful areas of mathematics:

With his infectious passion, James Grime (Internet maths phenomenon) kicked off the day with a talk on the intricate world of code breaking, with a particular focus on the Enigma Code of WW2, even showing off an original Enigma machine and its inner workings. Industrial Modelling expert, Aoife Hunt, talked about the maths behind the movement of people, from Glastonbury festival to the Olympics, and how vital modelling calculations are to the design of stadiums. Ben Sparks, musical mathematician, spoke and (more uniquely) sung about irrational numbers, spirals and beautiful ratios we see in the world all around us. Bestselling maths author of books such as ‘Why Do Buses Come In Threes?’ and ‘How Many Socks Make a Pair?’ Rob Eastaway shocked the crowd with problems about a deck of cards and probability, showing human intuition can be easily disproven by some simple calculations. Programmer and digital artist Seb Lee-Delisle showed the elegant connection between maths, coding and art, showing off some of the simple, fundamental programs behind his giant laser shows and video game projects. To end the day, Hannah Fry (TV Star and UCL Maths Lecturer), author of ‘The Mathematics of Love’, spoke on the essence of randomness and explained that we as people are rubbish at being truly random! 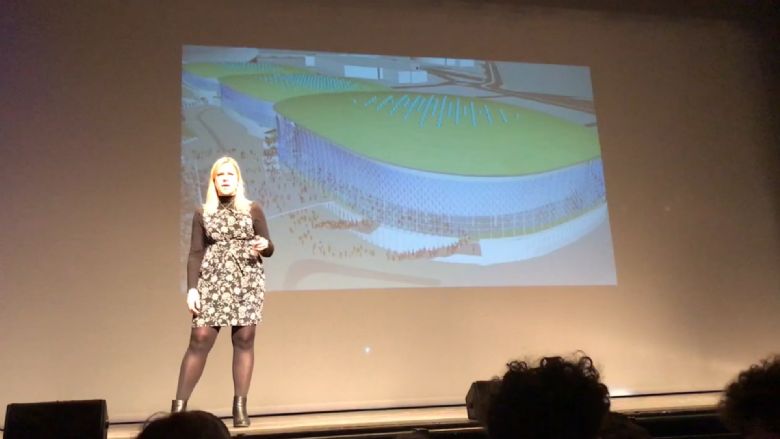 An intense part of the day developed in the form of Maths Slam competition in which students from different schools produced and performed three-minute long presentations about any one element of maths that particularly interested them. The ultimate victor’s presentation was about estimating value of pi, but other subjects included black holes, the probability of alien life, the mathematics of Monopoly, and the mathematics behind winning.

This day was a fantastic opportunity for students to see real life applications of mathematics, an opportunity for them to see the subject is not just numbers and letters, and that there is a world out there filled with mathematics all the way from elaborate scientific theories to beautiful patterns that occur within nature.

The event was an incredible experience, leaving students enthused and in awe of the ever expanding, mysterious world of mathematics. It was an inspiring day for the whole audience, whether there were budding mathematicians who aspire to be like the speakers one day, or it reinvigorated a love of the subject, or the fact that the number of seconds in six weeks is the same as 10! (10 x 9 x 8 x 7 x 6 x 5 x 4 x 3 x 2 x 1), everyone took something from this undeniably successful day out.

The day’s sentiments can be summarised in the words of Bertrand Russell, “Mathematics, rightly viewed possesses not only truth but supreme beauty.”