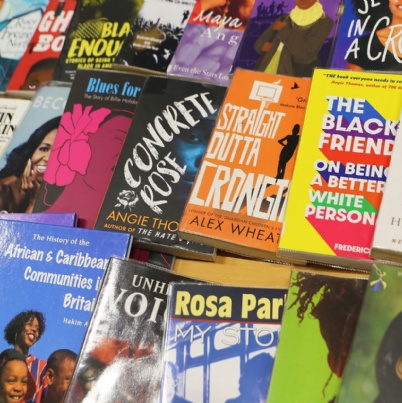 On the 19th, 20th and 22nd of October we hosted a Black History Exhibition within the school hall.

Organised by sixth formers with input from pupils of multiple year groups we created boards filled with information on Black History and contributions from black people towards the progression of society. These boards included facts about black literature, black music, microaggressions, black pride, the Windrush generation and highlighted the skillful artwork of a black student. I produced the display on the Windrush generation as it is a topic that connects with me particularly and similarly other pupils made boards that surrounded topics that they have specific interests in. As well as the boards, we had students who were able to give their additional knowledge verbally, which I was told helped many of the pupils gain a deeper understanding of these important topics.

We wanted to focus on the positive aspects of Black History rather than the traumatic and negative history that is often portrayed in the media. This was an exhibition to show off the strengths of black people and include people in conversations which are not so commonly had. As a black student I find it not only important but also necessary to continue to educate on Black History to celebrate our differences. Our exhibition was a celebration. On the 22nd we had a sing along in which we had music from influential black artists sung and acknowledged for their importance.

Overall, I believe it was a sensational event. The feedback we received was overwhelmingly positive and showed me the importance of educating people on Black History. I hope to see the same excitement and enthusiasm next year as these three days were truly spectacular.

by Saffron in Year 12