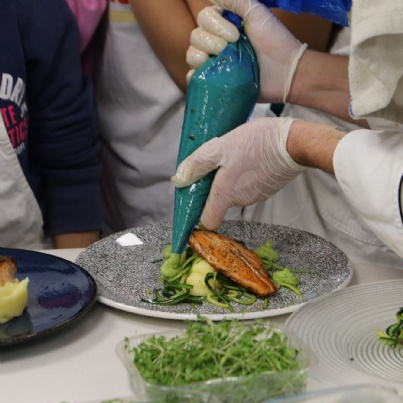 Some stunning dishes were produced, but they didn't last very long...

As part of the recent series of GCSE Food and Nutrition session, our Year 11 students had the pleasure of being treated to a very special hands-on session with the Head Chef from Hilton Metropole, Birmingham.

Starting with a brief overview of how he sourced his fish, Chris described why choosing a responsible farm meant that it was better for the hotel, the farm as a business and most importantly how it kept the wild population from risk of over fishing.

The hands-on part of the session began with a short demonstration on how to removed the bones from the salmon fillet with a special pair of tiny tweezers. After Chris showed everyone how it was done, our first volunteer, Simran, got straight in and made a really good go of it, removing a vast majority with ease!
Once they were all removed, Chris showed the audience different ways to fillet the salmon and why variation was so important when serving to guests.

While they were cooking away in the oven, another couple of volunteers, Catherine and Ella, were given the opportunity to fillet some smaller flat fish and learn about the differences in between them and a "round fish" like salmon. 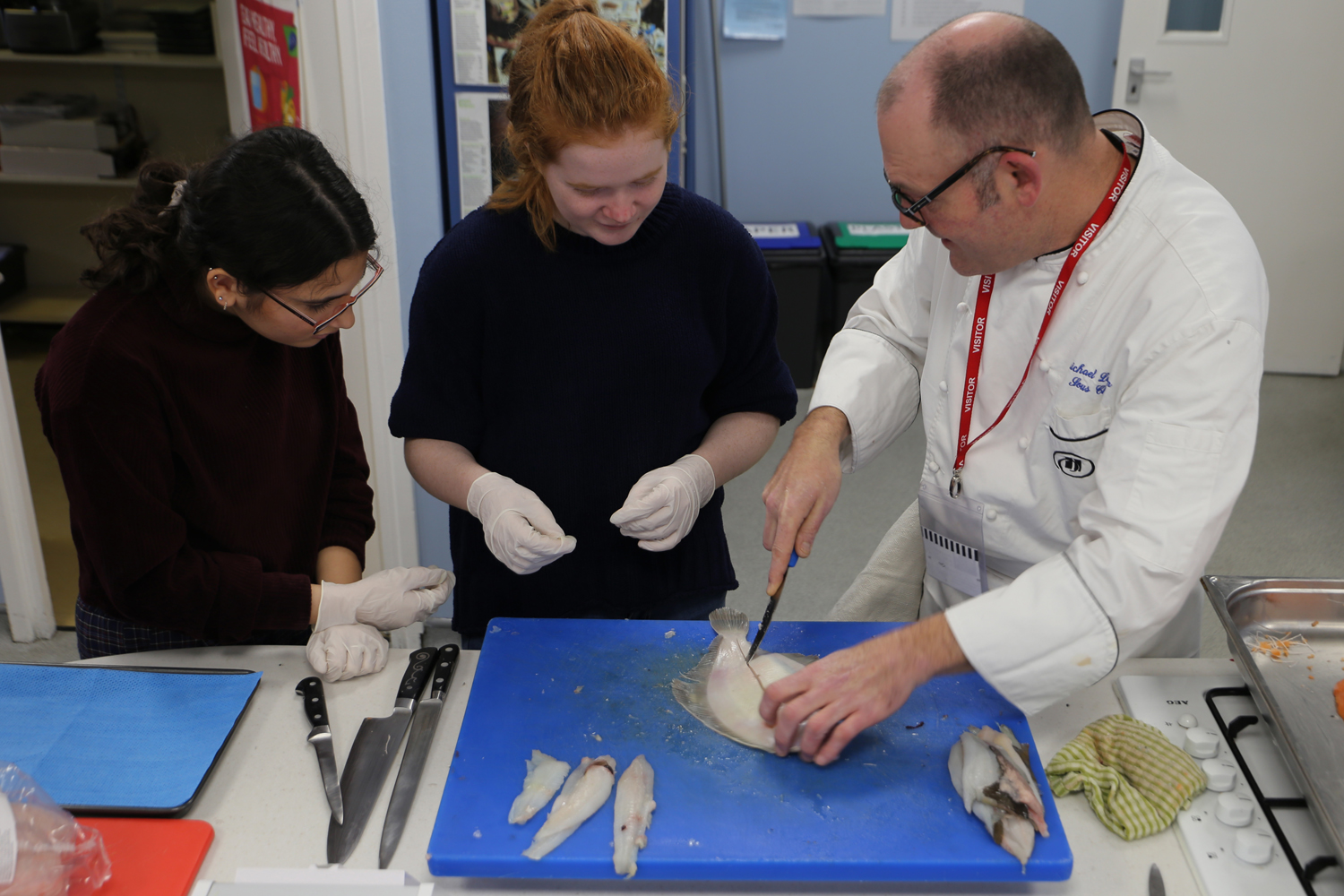 The main thing our students took away from this was the importance of presentation, as this is an area marked quite highly in their coursework. So with this in mind, Chris gave them a brief masterclass in how to choose the right kind of accompanying vegetables and garnish based on their colours and flavours, right down to the plate your dish is served on.

Having bought with him a small selection of different ceramic plates and dishes in a variety of colours and finishes, Chris also explained how basic colour theory plays a big part in the way that diners experience the dish. With dark blue, square dishes and black plates with a gold trim that plays off the bright orange of the baked salmon, while more simple white plates can be used to emphasise the vegetables and sauces. 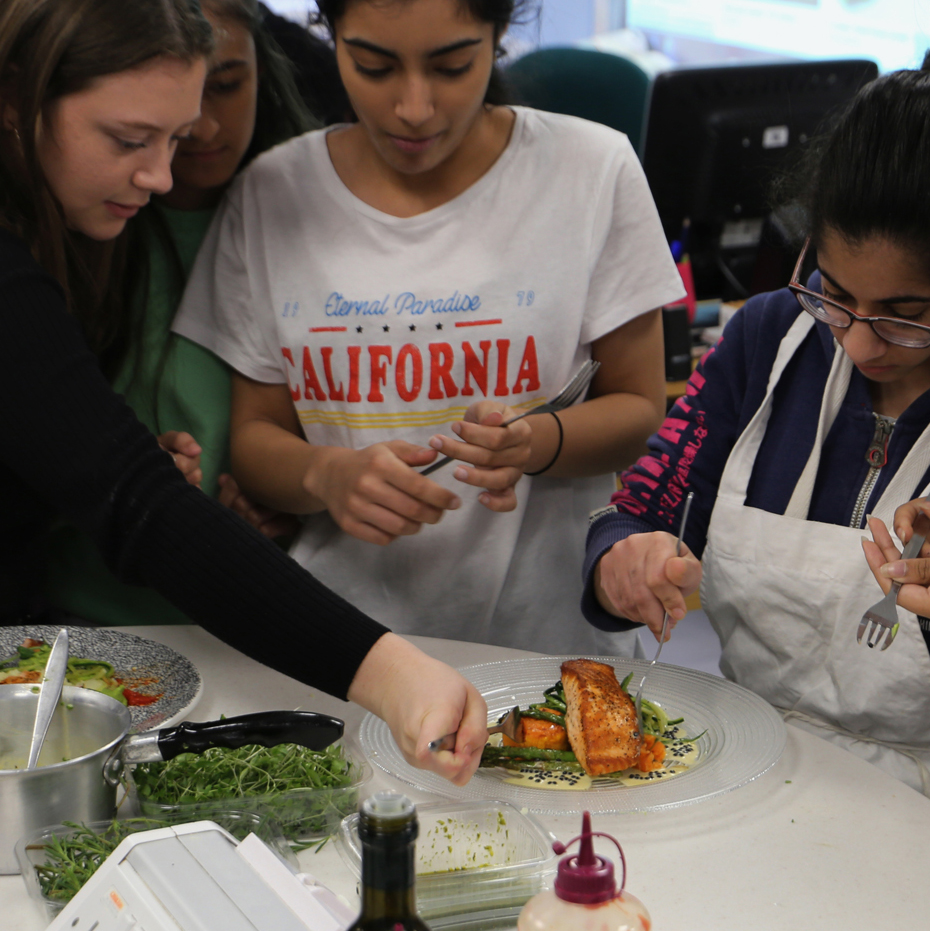 Although not everyone in the group got the chance to volunteer, they did manage to tuck into the dishes that were prepared during the morning. All of which didn't hang around for very long...